Latest Arcadia
New art it seems for all.
Seems like Kei Garou shading.
I actually like the new art a lot more.
Inuwaka Nazuna 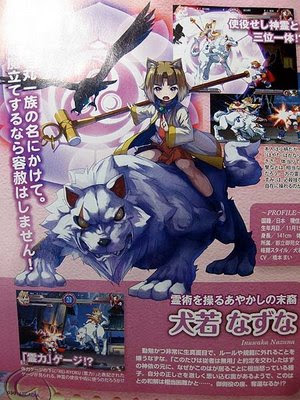 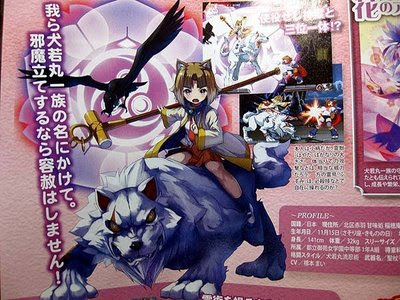 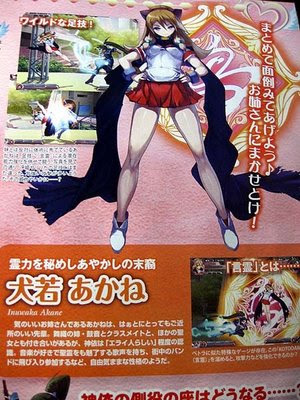 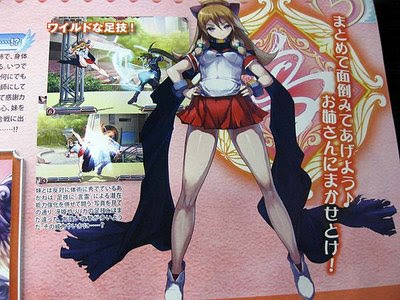 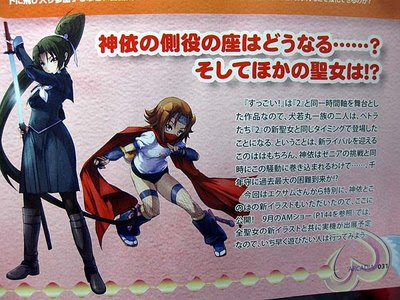 They're sisters.
Why is their last name Inuwaka when they have cat ears?
Maybe they're dog ears, but we already have a dog!
Whatever.

Akane looks fucking cool.
Hell it just might be the new art.
Posted by Sibby at 5:46 PM No comments:
Labels: arcana heart 2 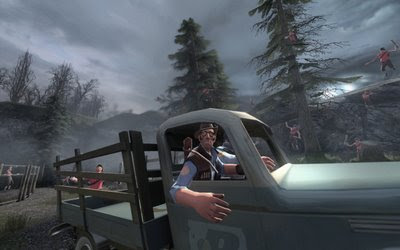 Posted by Sibby at 11:55 AM No comments:
Labels: humor, Team Fortress 2

nyoro~n
Posted by Sibby at 3:16 PM No comments:
Labels: anime, Haruhi, what, youtube

Aka GOF2.
LOL at this game.
The level of polish is insanely high, but of course all the characters are Namikai style along with this weird ass disembodied Rumble Fish limb type deal.
Uncanny valley at its finest!
Anyway, defense is at least 50%, if not 80% of this game, so I'm pretty bad right now, as block is not back, but a separate button, which I almost NEVER PRESS.
I'm just mashing my combos and then getting fierced in the face right through them :3 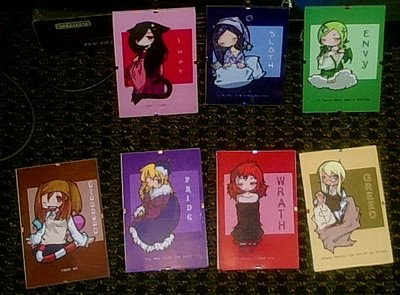 Forgot about these.
Sloth is a cutey.
Posted by Sibby at 12:31 AM No comments:
Labels: Otakon

SBO "live feed" this year was pretty ass.
They show one real match, then old footage for like hours, repeat once per game.
No finals or anything.
I have to admit seeing Denpa lose was sort of satisfying -_-.
At least Kubo finally won MBAC, he deserved it.
Efute aka scrub May Dogura NOtoko won GGAC
HENVOKE!!!!!?!?!?! won AH2 using Lilica (wow what happened to all the Yorikos, Catherines, Clarices, Sakis, and Zenias? Lilica is nothing compared to what those broke characters have)
Tekken was won by Anna, Roger Jr., and Bob.
You can read the rest of the results for yourself, I don't really know the people playing the games besides AH2, MBAC, and GGAC.

As for C74, tons of amusing stuff is coming out, but for some reason I'm finding myself liking Fuuka Taisen.
I've never even watched Mai Hime or Mai Otome but the characters have a lol charm.

Messed around with Sora, I still suck at shooters.
I'll put up a vid of me mashing through Level 1 soon.
Posted by Sibby at 12:48 AM 1 comment:
Labels: comiket, doujin, gaming, Mai-Hime, Mai-Otome 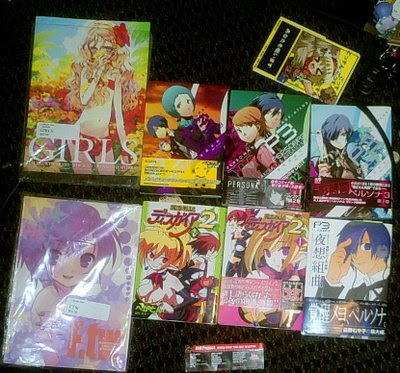 Stuff happened.
I bought 3 volumes of real Persona 3 manga and one gag volume.
Then I bought 2 volumes of Disgaea 2 manga.

Then I completely fagged out and bought Little Witch's "Girls" and Itou Noizi's "FTW", which together totaled over $100, thus breaking any vows I had not to overspend at Otakon.
In short, I'm pretty pleased with everything I bought except "Girls," which basically only contained rehashed promotional artwork.
Booooo.


Jam Project didn't have a backup band, so it was a tad disappointing with all the pre-recorded instrumentals.
Then midway they pulled out acoustic guitars and their own drums and played the Scrapped Princess opening.
That was pretty amazing.
Actually screw it Jam Project in general was pretty amazing.

Touhou Panel.
Uh.
Ahahaha.
"Now you have fucked up!"

Anyway I took very few pictures as usual this year, cause my standards are too high and other random shit.
Or I didn't have memory, take your excuse of choice.
Some pictures are on my laptop, like a ridiculously awesome Aegis, I'll get those later. 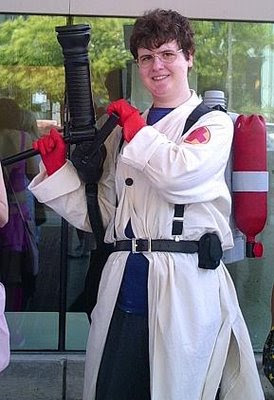 One of many TF2 cosplayers. MEDIC!

The lighting's sort of bad but this was a very impressive Aegis cosplay, probably the only Persona 3 cosplay I reallyliked at the entire con. 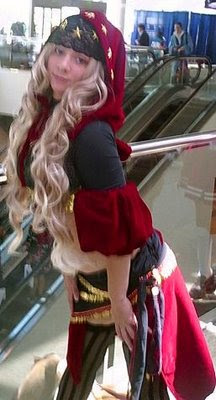 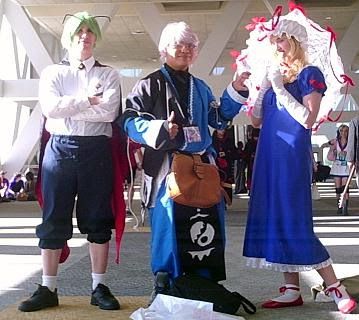 Man Wriggle is for Benny1. A big daddy from Bioshock. Wouldn't want to meet one of these things at night. 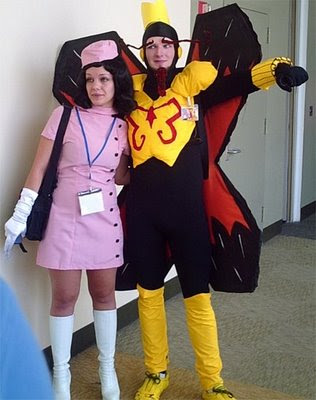 The Monarch and Doctor Girlfriend. 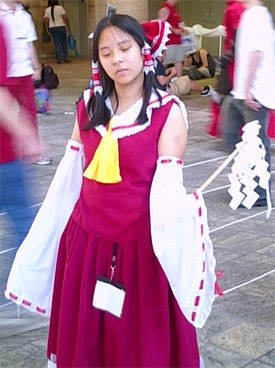 Sorry for the blurry shot, but that afro samurai is the REAL DEAL. 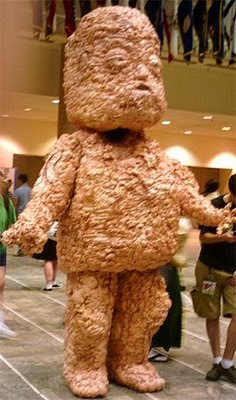 VAkiha. I heard Lord Knight got her number like the clown he is.
Posted by Sibby at 9:26 PM 2 comments:
Labels: anime, cosplay, manga, Otakon 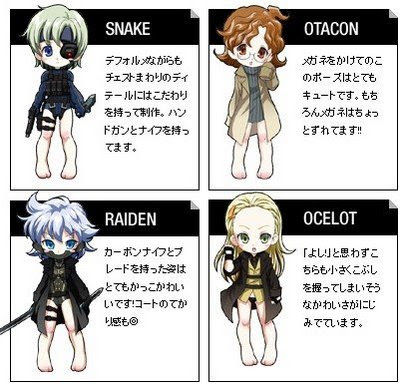