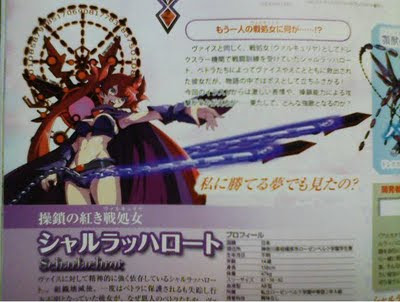 Scharlachrot
Going by that name she's a Valkyrie like Weiss.
Um, sexy.
According to orka that means she probably has a Geist instead of an Arcana.
Posted by Sibby at 9:41 PM 1 comment:
Labels: Arcana heart 3, examu, gaming

So if anyone remembers the original rumor from "WISE, RESPECTED, LONG TIME MEMBER" henaki/kensk/baldy/kenneth, the new cast was going to be:
From Alpha: Cody Guy Adon
From 3S: Makoto Ibuki Dudley
From ST: T-Hawk and Deejay
And two completely new characters! 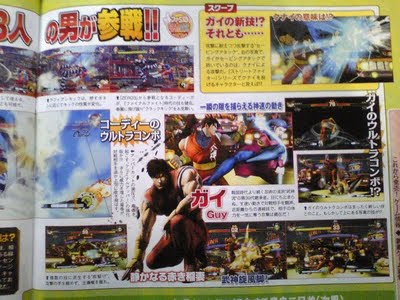 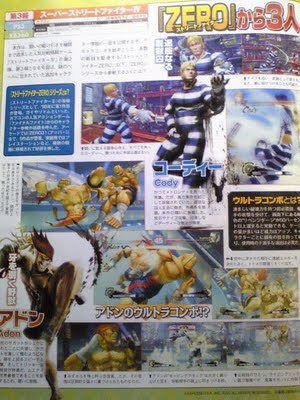 Well, eat your heart out.
By the way the top right shows Guy focusing an aerial kunai with the not-so-subtle caption "KUNAI NO IMI WA!?!?!" (What is the meaning of the kunai!?!?)
I'd say henaki pretty much hit everything on the head.
Not bad for a coinflip troll post (he admits that while his source was somewhat reputable, it was more or less a stab in the dark...if it was fake successful SRK troll, if it turned out real EVEN MORE successful troll)
Posted by Sibby at 10:15 AM 1 comment:
Labels: gaming, Super Street Fighter 4

And there you go.
Posted by Sibby at 3:36 AM No comments:
Labels: BlazBlue 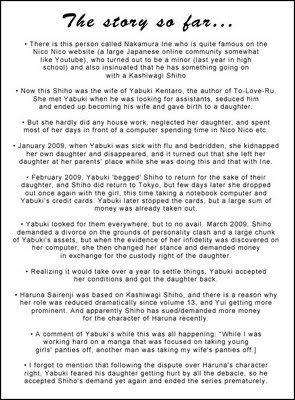 I know the truth of the first few parts (Ine is the horse head musician on nico, he did have an affair with the wife of the To-Love-Ru author) but not the rest.
Posted by Sibby at 1:40 AM No comments:
Labels: DRAMA, niconico 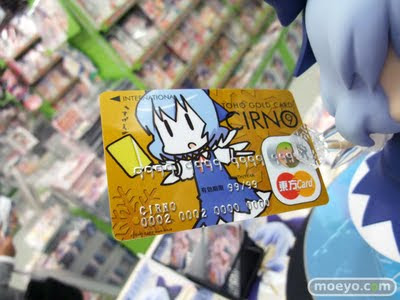 "Mark Pincus, CEO of the company that brought us Mafia Wars, says: 'I did every horrible thing in the book just to get revenues right away. I mean, we gave our users poker chips if they downloaded this Zwinky toolbar, which was like, I don't know... I downloaded it once and couldn't get rid of it.'"

Stop fucking sending me application invites on Facebook.
Posted by Sibby at 9:22 AM No comments:
Labels: facebook 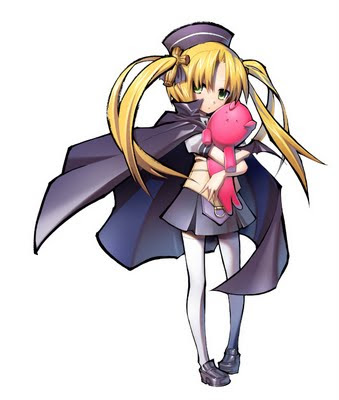 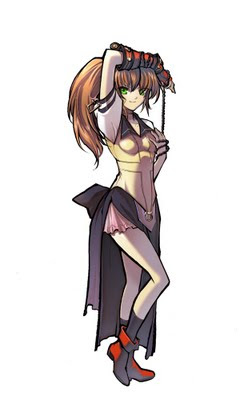 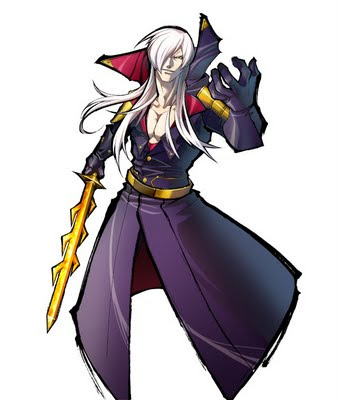 Just throwing this shit out here.
Touhouvania was obviously just a plan to fund this.
Since NRF isn't involved maybe it has a chance to not suck terribly.
Posted by Sibby at 1:51 PM No comments:
Labels: Big Bang Beat 2
Newer Posts Older Posts Home
Subscribe to: Posts (Atom)
Follow @sibladeko