Behold, a journey through the groupthink that is Conservapedia.
Posted by Sibby at 11:19 AM 1 comment:
Labels: politics, science, what

Planet Zero, an arcade run by EmotionGear, has done it again.
This time however, instead of failing to pay players and randomly making the Grand Finals of a double elimination tournament single elim on the fly, he has outright spit on the Fighting Game community.

So.. we waited the 3 months to hear about this GGAC qualifier and little be known emogear substituted one of the players of the winning team with a "Planet Zero Rep". I don't know about you but to spend all that money on a tournament announced to the general public 2 months after it was known by texas players(giving us 4 weeks to prepare) then when a non Planet Zero based team comes in and wins they take out one of the players?? This is just tom foolery and a man of this stature shouldn't be fucking with peoples time and money like this, where is our justice as game players? Shouldn't the winning of an sbo qualifier be enough to go to japan to compete?? I guess in his eyes its not... so.. this is not the first time this has happened and I'm sure others who have qualified *cough*arturo*cough* have been given bullshit in the past.

SO WHY IS THIS MAN ALLOWED TO HAVE QUALIFIERS?!

In short, the Guilty Gear AC team that won the American Super Battle Opera (Tougeki) qualifier spots...isn't going as the same team.
Rather the man holding the qualifiers is replacing ONE OF THE MEMBERS WITH HIS OWN "REPRESENTATIVE."
I don't even begin to understand how this works.
You won the qualifier tournament you should get to go, but because the organizer is making up rules someone else who DIDN'T win gets to replace you on a trip to Japan.
Anyway yeah, this level of crap is HUGE, like the fact the man has the gall to do this has touched off a spark.
Emotiongear doesn't dare post on SRK, but his posts on other forums (ones he owns) come up with the brilliant excuses that basically equate "winning" with "not the best choice to go."
How does an arcade operator get so much influence and money and yet fail to comprehend the simplest rule of competitive games.

I don't see how this guy still has defenders (he does, believe it or not,) but this is the best response I found to them.

Here's an analogy you can cram into your skull. I'll start a tournament series where the winner might not be the people who actually prove their skill. Maybe my friend needs to buy some watermelons, and I decide "I'm going to give him the 70% winnings over the guy who raped everyone". That would show some professionalism, wouldn't it?

Posted by Sibby at 9:47 AM No comments:
Labels: DRAMA, gaming, GGAC, rant, tougeki, what

Birdmen and the Casual Fallacy

This is a rather LONG analysis of Nintendo's current position along with others in the game industry.
It is epic.

The feathers they see on Nintendo’s ascent are casual games. Therefore, they surmise, if they make casual games then they will be flying high with Nintendo.

If you want to see where I lived in college, look no further than the building in this video.

My apartment!
Posted by Sibby at 10:19 PM No comments:
Labels: what

Really good!
A really short description would be something like if Miyazaki directed Lain.
Yeah that's the best I can come up with.
Posted by Sibby at 10:17 AM No comments:
Labels: dennou coil anime 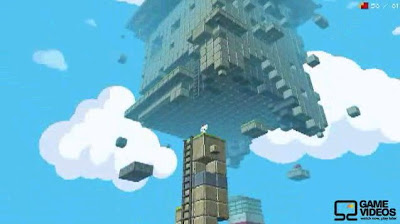 Always be thankful for what you have.
Posted by Sibby at 12:01 AM 1 comment:
Labels: China, sad 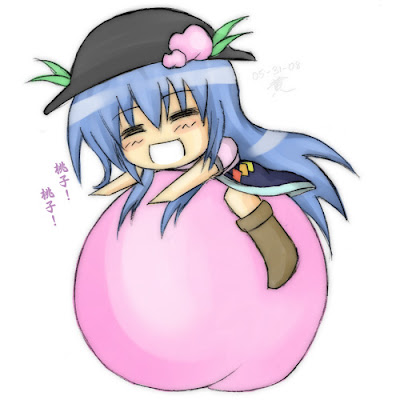 Wow, every single random Japanese youtube channel I am subscribed to is putting out Scarlet Weather Rhapsody vids.
This includes daruism, serikamo, even nakaji39 geez.

In terms of the actual game, I like it.
That is to say, I like it more than probably the rest of the people who played IaMP.
Glitches, wrong block pushback, fly stall and bullshit weathers aside, I find the game is pretty fun.
However, I still do not play with fly, rather I play around it.
Fly is a sort of bullshit mechanic when full abused, people are starting to realize just how powerful and idiotic it can be.
Right now my gameplan as Suika almost entirely revolves around keeping you down so you don't abuse fly, and spamming 2C and preemptive melee if you do.

I get the distinct feeling the current Japanese scene is like our USA scene, there's the old IaMP player base that basically rapes for free, and then tons and tons of new 2ch/4chan scrubs.
Anyway the USA hackers have already made a no weather hack, the rage from super armor is too great.
Japan will most likely keep playing it straight though.

Also youtube seems to be failing more and more on the videos I upload lately, roughly half of the TMN Magist3r set was lost to Youtube's mysterious "Failed" error.
Doesn't matter TMN got a new HD so his seeking times don't suck (and by extension, Fraps) anymore, so he can record his own matches, and I'm back to uploading Tohgeki 3. 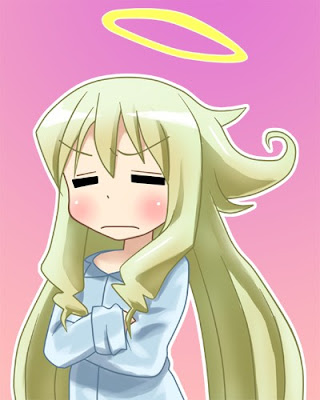 Angelia is my main in Arcana Heart 2.
I played for like 3 days straight at the last Spooky gathering.
Actually, I sort of waited until the wee hours of the morning when only Ken and Hal were awake, and had them teach me her BnB.
Then I proceeded to lose 9000 casuals.
I don't know why or when this blasted loli angel wearing only a nightshirt went from annoying to cute, but right now I find her the most hilarious thing in the game.
Bakabakabaka indeed.

In real life news, the douchebag housemate really did use the nuclear option.
That means everyone has a month to leave; I'm looking for a new place.
Hope he dies prematurely to whatever ruptured organs he has.
Posted by Sibby at 12:41 AM 2 comments:
Labels: arcana heart 2, gaming, IaMP, SWR
Newer Posts Older Posts Home
Subscribe to: Posts (Atom)
Follow @sibladeko