Your video, Guilty Gear Isuka - Completely Stupid, may have content that is owned or licensed by Avex Entertainment, Inc..

No action is required on your part; however, if you are interested in learning how this affects your video, please visit the Content ID Matches section of your account for more information.

So the video has no sound now.
This boggles my mind.
I didn't even know the name of the song in the video, there are no tags pointing to it, there's no text they could have searched on.
So somehow, someone at Avex Entertainment, in Japan, COMPLETELY ASS BORED, had to have listened to the video and then checked, "Yup, copyrights."
Dippy suggested though that they could have used a waveform search.
As in rip the videos off youtube, search the sound file wave for similarities with stuff in their library.
I guess that makes it slightly easier but that's still insane.
Posted by Sibby at 3:02 AM 1 comment:
Labels: what, youtube

Final boss out in BlazBlue, confirmed on the TRF stream plus baod unlocked her on his own board.
Of course certain clowns have suddenly become interested in BlazBlue again.
Whatever.

In case you forgot, she's the girl who looks like she's Anubis from Zone of Enders.

Posted by Sibby at 12:41 AM No comments:
Labels: BlazBlue

We lost 100 million credit and debit card numbers but hey, how about that Obama?

The comic timing on this is hilarious.
They sat on this shit for a YEAR, wait till the inauguration to announce that hey, we may have been hit by the largest security breach in history.
Good stuff Heartland Payment Systems.
Hope no one here ate out in the PAST YEAR.
Posted by Sibby at 5:08 PM 1 comment:
Labels: computer, news, technology

Is this some DRAMA?

Yeah if anyone knows me for any period of time it's that I fucking hate drama.
Sort of inevitable though whenever a clan depends on another for servers.
Long story is while I was first trying Team Fortress 2 for the first time, about a year or so after release (man was I late) I was looking for a server to call home.
My boss, a former Call of Duty {LaW} clan member and also owner of probably the most popular CoD4 server in the midwest, recommended me Smackcentral, as he said that is where his clan had grown from and that the crowd there was of the older generation.
(Yes we're old :V)
Anyway, I visited, and had a really rocking time.
Skill level was on average higher than usual, and certain people made really fast impressions on me as to their skill.
(NC-17[CIA], B-Man[CIA], Skro, Chaos, to name a few.)
I bounced around a bit testing other clan servers but nothing really said "home" like Smack.
Brought some friends from #shrinemaiden as well, namely Pickie and WhiteKnell, but Whiteknell has the attention span of a flea and also loves to be a jerk.
He was inevitably banned for map exploits and being an overall jerk :V, though there were quite a few accusations of hacking (which he didn't, honestly he's not the type of guy to care so much about a game to hack...more like gimmick bat for 10 straight rounds)
Pickie stayed around though, through thick and thin.

Anyway there was talk of starting a sister clan to CIA, it had existed before, called NCM, or Not Clan Material.
From experience I had sort of figured out that CIA wasn't really interested on being a super-competitive clan, membership was sort of based on other things besides pure skill, I was fine with that.
If I couldn't get into CIA though I'd love to join NCM, as it would be made of regulars of Smack.
I also have this weird sense of loyalty in games I play, I stayed with the same halo pc clan for all of its lifetime on TWL until it was removed from the game list.
Same with Melty Blood, Sp00ky will always be some sort of godfather figure to me.
So I turned down an invite to The Stolen Eye, a pretty well-established and good clan, and joined NCM under the leadership of Skro.

Competitive play is quite a different mindset than public or even private servers.
There's a whole different mentality you have to bring in, but the biggest one is "you're not expendable."
Every time you die you are potentially fucking up a push or fucking up a defense.
Let's just say that some of our members were less than stellar at their roles or didn't even have set positions.
We had a good core of maybe four-five, but outside that we had a lot of people who sort of filled gimmick roles but didn't excel at anything.
People were getting more and more inactive though as time went on, and I do the thing I do with a lot of competitive games where I rotate on how much I'm playing them so as not to get burned out.
In short though we started showing up short-handed to matches, running lineups that I was uncomfortable with and that really had no clue beforehand what they were doing.
It wasn't TOO terrible but we really had to shape up.
At the same time though it seemed like CIA was having roster issues as well, they had forfeited a lot of matches because of numbers.

In short, CIA held a poll that might as well have been called "How do we fuck up NCM by splitting their roster?"
This involved voting for the top three players AMONG THE NCM ROSTER.
Top three winners (Chaos, Pickie, and rdmqwerty) were approached with invitations to CIA.
Then the thread got wiped, so the new people couldn't see what went down.

This is uncharacteristically FUCKING GRIMY of CIA.
It also indicates to me three things:
1. No one in CIA objected. At least, enough of them participated in the vote to basically say YEAH LET'S FUCK NCM!
2. They actually think rdmqwerty has done more for the community or is a better player than Skro, which is downright hilarious.
3. The chance of me and Skro getting into CIA is fairly low.

So yeah, in their quest? to be competitive CIA split us in two.
There was a match directly after the split and of course we were undermanned and lost terribly.
The hilarious thing was all three of our former members were still online at the time, so we would have had more than enough players.
I had no doubt that we would have won that match with a full roster, how the hell do you even win once on Badlands with a man down?
Which we did somehow.

I feel betrayed.
I know we're dependent on CIA for use of their servers for matches but what the hell is this shit about poaching members behind our backs?
I feel even worse for Skro, because as the leader of NCM they told him jack and voted a worse player over him to boot (no offense rdm, but chaos is a better demo than you, and I'm a better medic.)
Like what a punch in the balls this has turned out to be.
Now we have lost two of our best players and a decent player and are left with a roster with more holes than a cheese grate.
I honestly don't know what we'll do from here.

Seriously though, Smackcentral, and especially CIA, is the last place I expected to run into drama llamas.
Posted by Sibby at 7:09 PM 4 comments:
Labels: Team Fortress 2

So yeah, PETA is a hilarious troll.
Posted by Sibby at 6:53 PM No comments:
Labels: humor, PETA, what 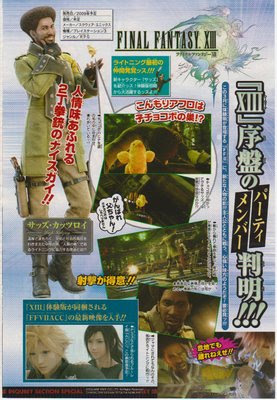 It's Steve Harvey before he went bald!
Seriously the black jokes you can make with this. 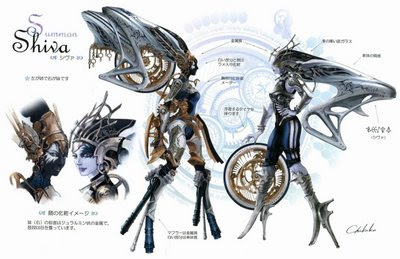 There's two of them now!
And they seem to have both been turned into motorcycles.
Posted by Sibby at 3:46 PM 1 comment:
Labels: Final Fantasy, gaming, what

A rare interview with Arc System in English.
Quite a lot of good gems, such as the revelation that Sega more or less owns Guilty Gear now and that they basically stopped direct involvement at #R because they had made what they wanted.
Also they are very worried about netplay lag and competitive fighting games given the shrinking arcade scene (even in Japan.)
Finally, they have no clue what America likes, except they like FPS and Soul Calibur, which Daisuke thinks is trash.
Enlightening read all around.
Posted by Sibby at 3:58 PM No comments:
Labels: Arc System Works, gaming 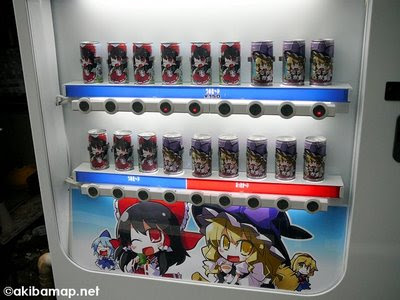 I'm surprised this is even allowed.
Posted by Sibby at 11:39 AM 1 comment:
Labels: Touhou

So pulsr's job is basically an event coordinator type deal, he's currently helping run CES.
On the floor he saw an ad by Gainax that...begged him to capture it.
So he did.

Posted by Sibby at 3:41 PM No comments:
Labels: Gainax, humor, Japan, what

An Amazing Review of The Secret

Please allow me to share with you how "The Secret" changed my life and in a very real and substantive way allowed me to overcome a severe crisis in my personal life. It is well known that the premise of "The Secret" is the science of attracting the things in life that you desire and need and in removing from your life those things that you don't want. Before finding this book, I knew nothing of these principles, the process of positive visualization, and had actually engaged in reckless behaviors to the point of endangering my own life and wellbeing.

Unlike its previous two characters, Crypto advertised Luka's 3GB vocal database as "Japanese/English bilingual," and chose her name to express its hope that she will transcend borders and cultural barriers.

Blah blah blah, all I see however is a combination of: 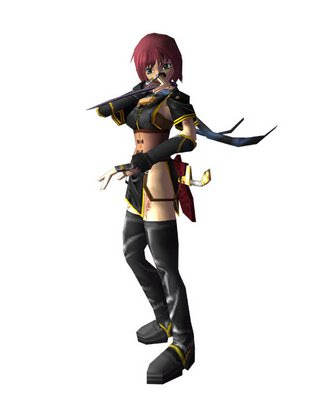 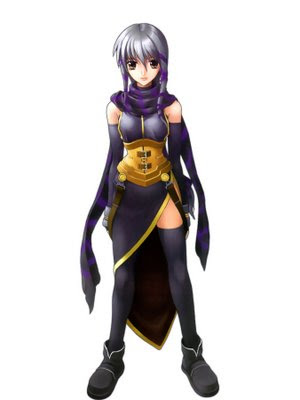 I think I'd rather have two migraines than a stomach virus ever again.
I've just started "eating" substances that aren't electrolytes and colored water.
Posted by Sibby at 2:12 AM 1 comment:

Is awesome.
Haven't had this fun in a while.
I want to say not that difficult too, expect it was a learning process.
That and Knell and I still do not know how to beat the final final part.
We are at a loss, and if you lose you lose all your continues and it's instant game over too :<
If you have any ears at all you'll probably recognize the two main character's voice actors.
Horie Yui and Kugumiya Rie.
I think if you unlock the third secret character she is voiced by Yuko Goto.
Seiyuu are pretty cheap!
Maybe.

2ch founder Hiroyuki just posted saying that he has completed transferring the ownership of 2ch to some company called Packet Monster Inc, and the FAQ on 2ch reflects that. No other information is given about the transfer.