It’s possible for a sound to get played and then get canceled out by a rollback, which would of course be very confusing. I had to add some code that not only tracks every single instance of a sound being played, but what’s even more fun is that it has to check to make sure that the same sound wasn’t started on a later frame, so it doesn’t accidentally cancel something out that was just moved up a bit.

So you want to program games?
Hope to God you are as hardcore as mauve.
Posted by Sibby at 11:26 AM No comments:
Labels: caster, IaMP, rollcaster


Anyway further shit:
Ange: Stun Boost (She gets a lot more hit stun on her attacks)
Battler: Resurrection (He heals life)
Beatrice: InfinitySP (One super she chooses costs nothing?!)
Lucifer: Attack Touch (Can tag in even if she is in waiting status)
Kanon: Silent Attack (Seals opponents SP gain when he hits them? Or makes them gain less, not sure.)
Shanon: Auto Guard (What it says...sort of vague, I don't know if it means you don't have to block mixups yourself or what.)
Eva: Berserk (??? Probably more damage)
Chester: Break Boost (Almost positive that she does increased guard damage)
Virgilia: ??? (???)
Ronove: Counter Boost (??? Guessing he does retardo damage off CH)

Serious thoughts.
Siesta looks ridiculous, guard damage is really absurd plus arrow spammy character along with rushdown type normals.
Not sure about Beatrice, she sure is elegant looking though.
Also if Shannon's shit lets her not have to block mixups she will be easy ass scrub character.
Posted by Sibby at 7:27 PM No comments:
Labels: Umineko no Naku Koro Ni

So Keits posts three times about this game on SRK front page and Stupid Retarded Kids explode because of too much anime.
Also lol, Japan more pessimistic than #Umineko because "oh no combo game."
Also damage is spelled DAMEGE aka DAME GE- aka "do not want game" 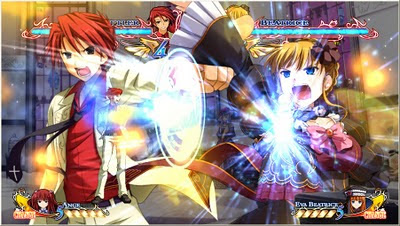 Holy fuck get out of my head Japan!
Posted by Sibby at 3:29 AM No comments:
Labels: doujin, gaming, Umineko no Naku Koro Ni 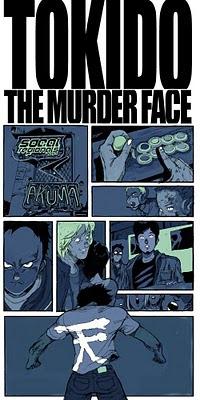 Posted by Sibby at 11:00 AM No comments:
Labels: China, humor, Taiwan, what 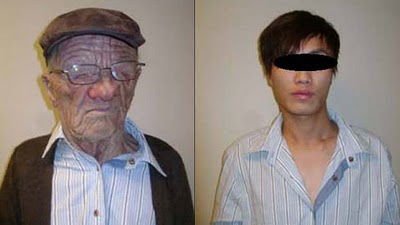 From elderly white man to young asian dude.
And here I thought the plot of Mission Impossible 2 depended way too much on the face change gimmick.

My guess is either:
1. Chinese political dissident or criminal or something
2. North Korean

Chinese hands NK escapees back to NK, I wonder if you were able to seek asylum in Hong Kong before the revertsal of ownership.
Posted by Sibby at 12:10 PM No comments:
Labels: Canada, Hong Kong